Getting to the Goodbyes 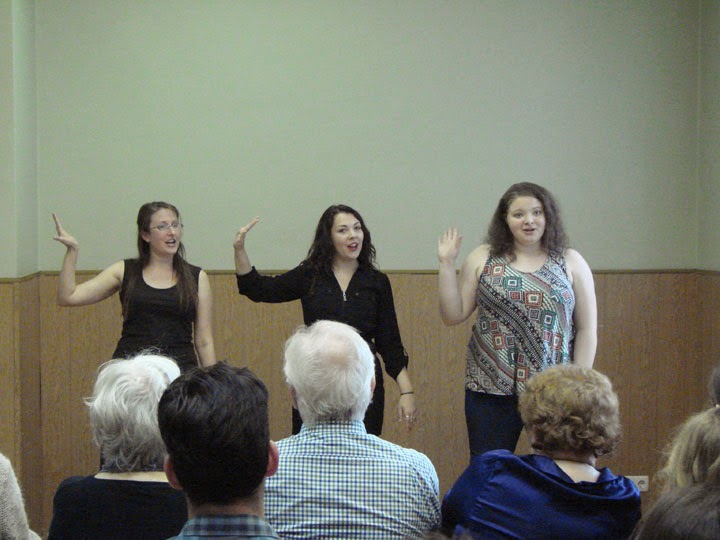 This morning kicked off our first set of goodbyes.  This last week is always so hard!  We started out with our final singing class, which was a little different this year, as Marina decided that we and the Butler group should sing for each other - a little nerve-wracking, but it turned out to be a lot of fun.  They went first, and we finished things off.  And I have to say, I really think everyone did very well.  And, not to toot my own horn (but this is MY blog... so I can do what I want), the trio I've been working on ended up sounding pretty darn good!  So go us!

Next, it was time to bid farewell to ballet, which also ended up being very pleasant.  Renat took the group through everything they've done this month, and they really rocked it out.  Then... it was on to acting, where they did their 12 minute version of The Seagull for Sergei, and then did their own etudes - all of which were really awesome and creative and well thought through.  This group has done a lot of really interesting work in a very short period of time.  One thing we talked about tonight was the fact that this group has probably had more Russia based training at home than any of the groups preceding them, which has definitely shown in their ability to jump into the work here.  So good on 'em!

Then... we had a night off!  Yes!  I made a little dinner, had a couple beers, did a little work, gossiped with some students, and just had a generally low-key evening.

And now... I'm off to bed...gotta prep for more goodbyes!