This morning (June 16) started off with a little scheduling snafu – both we and the group from Butler University had the same morning schedule.  But since we had switched last time that happened, they went ahead and switched this time.  So we had a delightful morning of singing with Marina (observed, of course, by JT, Margaret (his wife), and John (the department chair)).  The trio that she assigned me and two other girls went… ok.  She remarked that it is a very difficult piece, and that, though the group from Harvard earlier this year had had three months with it, they hadn’t gotten it as well as we have in just two weeks… so that was a nice little ego boost.  Still… we have a long way to go on it.  Some of those harmonies just aren’t happening.  Ah, singer problems.  I miss having singer problems.

After singing, the group headed off to ballet, and I headed out in search of tickets.  I grabbed two tickets for me and the other grad student to a tiny show at an interesting theater for Wednesday.  I’ll write more about it then.  But we’ll be going with JT, John and Margaret, so that will be fun.  Then I headed down to the Bolshoi to try to get tickets to Carmen for a few students who were willing to cough up the dough for that kind of ticket.  Unfortunately, they ended up being sold out, so there will be no Bolshoi for them.  It saves them the money though, and that’s probably good in the long run.  What’s not so good is that this trek and my sandals decided not to cooperate today, which means I ended up with GIANT blisters covering the bottoms of both of my heels.  It would turn out to be a very rough rest of the day for my tootsies.

Acting brought us another day with Sergei, which is always so much fun.  Since he’s the teacher with whom I have spent the most time in Russia (other than Ilja), he really sort of IS Russia for me in a lot of ways.  His insight and warmth and creativity are just so exciting.  I love me some Sergei!  And he had a lot to say about today’s bearded dragon, chimpanzee, flamingo, lion, giraffe, porcupine and prairie dog.  And before all of that, Ilja really took them through the paces of all the exercises we have done this far – probably to show off a bit for our department chair.  And the kids really stepped up. They did a great job of maintaining focus through all of it!  Go them!  Plus, I got another big hug and kiss from Sergei… which just makes me feel so cool.  Knowing that this amazing Russian theatre master cares about me makes me feel so connected to this crazy Russian theatre lineage.  Seriously… where’s my citizenship?! 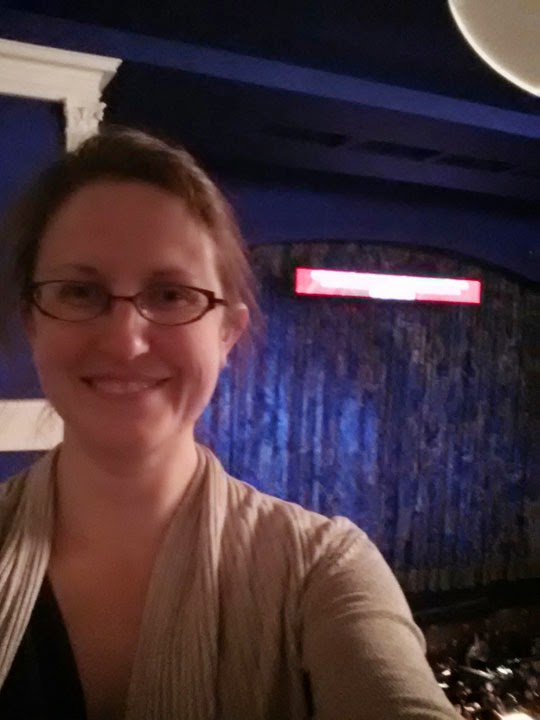 After dinner, we all met up for the very short walk to the Stanislavsky/Nemirovich-Danchenko Music Theatre’s production of Лебединое Озеро (Swan Lake).  Now, this theatre is gorgeous, these dancers are some of the best in the world, and I completely recognize the aesthetic beauty and the remarkable skill of the performance… but I confess that I find ballet boring.  All the Victorian melodrama gestures and the ten minutes of jumping to say hello… it’s just not the way I would choose to tell a story.  Still… it was beautiful, so there’s that.  I had a seat across the balcony from the rest of the group, so I was sort of on my own, taking it all in.  Throughout the course of the night, I answered a Russian woman’s question about the performance, I answered an American couple’s question about the theatre, and I eavesdropped on some Brits sitting behind me who sat there complaining about Americans (most notably, and American ex-pat who had to keep talking about how he’s not REALLY American.  I have some news for you, pal, you’re being “that obnoxious American” right the hell now).  It was a pretty pleasant experience overall.  And I had a great view of the bored-looking, hairy, middle-aged Russian percussionist who just plain looked awesome when he had to play the triangle… which he had to do a lot, and with great gusto.
After the show, I put on my goin’ out shoes (that is, my sneakers) and went with the group to a nearby bar to celebrate the 21st birthday of one of the students.  We didn’t stay out long, but it was a delightful evening nonetheless.  I intended to post about this upon returning home, but internet has been down all night… and continues to be so the next morning… so we’re a little screwed where that is concerned.  It’s a very stranded feeling to have absolutely no access to communication whatsoever.  So hopefully they will be able to get this fixed soon.