Today started out with a weird personal moment.  At the end of the flight from Amsterdam to Moscow, I noticed that one of my rings was missing.  It didn't really make sense, but the ring is usually a little loose, so I figured it just managed to fall off somehow.  A bit of a bummer, but not a big deal.  Then, this morning, I FOUND THE RING... in my bed.  Now, the logical side of me knows that, obviously, it fell into one of my bags, and was eventually jostled free in all of the ins and outs of the crap that I carry around from day to day.  But the irrational part of me can't help but imagine some sort of crazy, KLM-based poltergeist that has been waiting for just the right moment to return the ring... and then maybe make a mess or something.  I don't really know what poltergeist do.  I'm terrified of that movie.

Anyway, back to the real world... 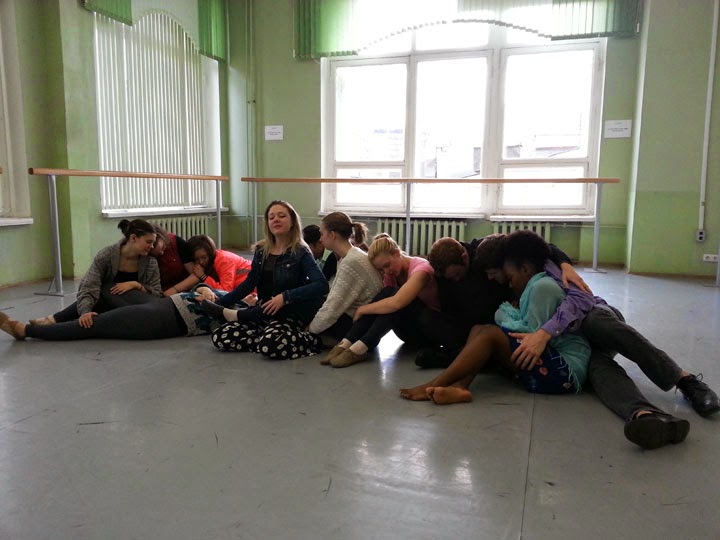 The morning started out with ballet and then singing, both of which were a little humbling, as both teachers chose today to remind the class that they can't get too comfortable - they have to keep pushing themselves.  It's always hard to hear, but it's also great to hear.  Acting was much more fun, as the group really brought a lot of wonderful energy and creativity to their work today.  And whole class wrapped up with a wonderful group activity that actually made this sentimental sap a little teary watching it.  So go team!  Make this last week and a half count! 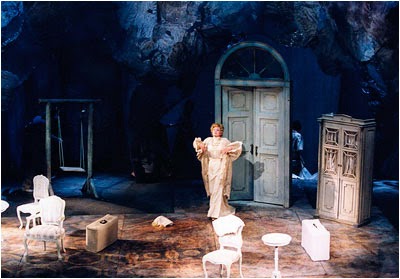 After class we all scattered for dinner and then met back to hop the subway to the Sovremennik Theatre for a production of Вишневый Сад (The Cherry Orchard).  It was an interesting show, because it was probably the most traditional thing we'll see all month.  It's a very straightforward production - sort of exactly what you would expect a Chekhov play to look like.  It's not mind blowing, but I think it's good for the group to see a simple performance telling a the story with straight up psychological realism - no real bells of whistles to speak of, just good, solid acting.  Also... to give an added understanding of the way Russian theatre works... I'm pretty sure this production opened in 1997.  Yeah.

When we got back to the dorm, a handful of us finished off the night by reading aloud the first two acts of The Seagull, which the acting class will be focusing on for the rest of the month... and which we'll also be seeing on Saturday (be still my heart!).