Good People Got No Reason

Today turned out to be a fairly interesting day actually.  First off, I didn't go to stage combat with the group today.  Instead I stayed at the dorm, worked a bit on my dissertation, and then went in search of tickets for a show for next week.  These tickets are for a theatre I've never been to before (it's very new), and a show that is premiering next week... so it's all very hip and fresh and whatnot.  And despite the fact that this theatre is in a completely unfamiliar part of town for me, I still managed to find it... and I only walked the wrong direction for about two blocks.  So I definitely count that as a win.  Once I did get there, I was just over the moon for the Gogol Center.  It has a coffee shop and bookstore in the lobby, so it's really meant for people to feel comfortable spending time there any time, not just when there's a performance.  And the atmosphere is just great - it feels really creative and exciting.  I think that next Friday I might try taking my computer over there to do some writing.  I feel like that's a place where the juices might flow a little easier.

After that little excursion I headed back for acting class, which involved some good challenges for the group, followed by etudes as a pillow, a garbage disposal, a shower, a typewriter, a jack-in-the-box, an umbrella, a rat, a peacock, and a barn owl.  It was quite a day! 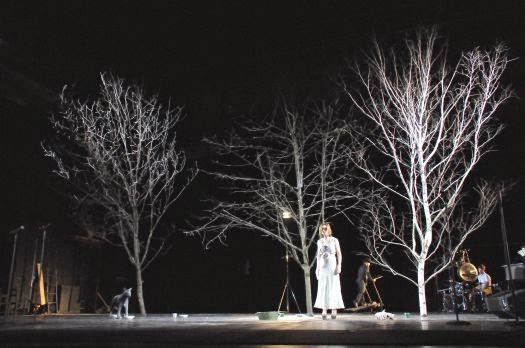 Then, after a quick dinner, we headed off to the Pushkin Theatre to see Добрый Человек из Сезуана (The Good Person of Szechwan), directed by my good pal Yuri Butusov (of Othello and King Lear fame so far this month).  And as much as Othello was a bit of a muddy mess (albeit a fascinating one), Good Person was a master work.  It was so clear and alive and the imagery was absolutely breathtaking.  There were moments when rice would rain down from the flies... and the way it bounced and played off of the light brought tears to my eyes.  And near the end, as everything is falling apart around Shen Te, an avalanche of cigarette boxes accompanied the rice... completely covering the floor and threatening to bury her.  I know that my jaw was literally hanging open when that happened.  And oh, the lead actress!  She was unbelievable!  The trick with this play is that she must play the good-hearted prostitute Shen Te, as well as her cruel male alter-ego Shui Ta... and holy moly... she was phenomenal.  Her transformations were so thoughtful and purposeful.  Oh - and in a particularly Brechtian element, some of the songs were sung in German with Russian supertitles over the stage.  Now, you know what language I don't speak?  Russian.  And you know what language I REALLY don't speak?  German.  So that was interesting.  But the effect of the two languages playing against each other was really cool.  I could go on and on and on about this production...and I'm sure I will in my personal journal.  It was brilliant. 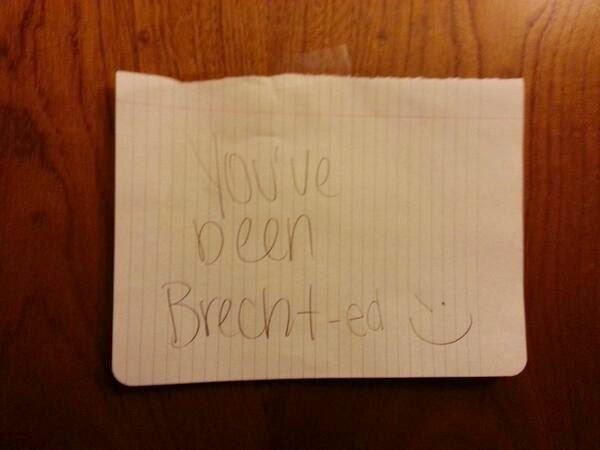 Once we got home, I hopped in the shower (which is directly across the hall from my room).  When I emerged, I was met by one of the students standing in the hall with a jar of peanut butter in her hand, and then three other students came bolting out of my room giggling.  It seems they had decided to "deconstruct" my room - which basically meant that my chair was upside down and my cabinets were open.  I had to put the ringleader in a time-out in the hallway, but I think he's learned his lesson now.  Really - it was a pretty hilarious way to end the day.