Today was a big day here in Москва.  We started off with stage combat - for realsies this time.  He did a lot of heavy partner work with them today - it was all about communicating and responding appropriately.  I really love the way he teaches combat.  It feels so connected to acting.  It's maybe a little more philosophical of an approach than I'm used to in the states, which feels a bit more mechanical.

After combat, we shuffled off to the Stanislavsky house museum, which was a lot of fun.  We got a tour of the small apartment that Stanislavsky and his family lived in for the last 17 years of his life.  It's so funny, because I've toured this place several times now, and I've taken the tours, and I've had to give the tours, and I've been given apocryphal information that was all so romantic and legendary... and a good helping of it actually ended up being debunked today by our friendly neighborhood docent.  But still, she was lovely, I'm glad to have the new information, and I was able to deal with her in Russian and English... so go me. 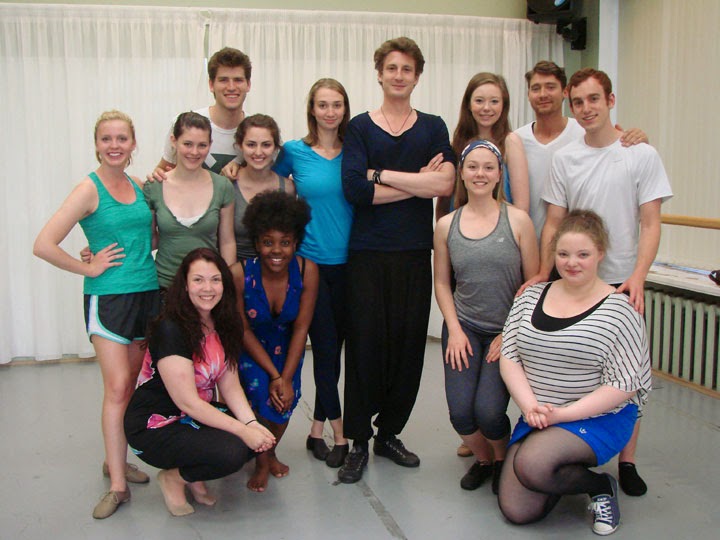 After the tour, pretty much everyone was voracious, so we headed back for some lunch before our last day of acting with Misha.  It's so strange to have had him just for this one week.  The group has grown so attached to him already.  Of course, I know the awesome that awaits next week when we start up with Sergei... so there's that.  But still, the class was quite amusing today, as they played a round of the game "Mafia"... which always gets super contentious.  But it was a pretty fascinating game to watch from the outside.  There were some other wonderful activities as well that sort of defy description.  But all things considered, it was a pretty great way to end our time with him (I say "our"... but it would definitely be more appropriate to say "their."  Since I was just observing, I'm pretty sure Misha doesn't even know my name.  But whatever... he was still a joy to watch!  I've learned oodles!)

From there, it was dinner before our first show at the Moscow Art Theatre: Мастер и Маргарита - an adaptation of Bulgakov's novel of the same name.  This was my third time seeing it, and it still takes my breath away.  The sheer scope of the scenic effects is enough to knock you off your socks, but the fact that all the big shiny bells and whistles actually serve the play... madness!  The brilliant movement piece that introduces the metro; the buoyantly floating scrim that drops as Margarita flies over Moscow; the subway car; the moon... it's all so delicious.  The group was completely floored.  And yeah... the man who plays Woland (the Satan figure in the play) has got to be about 7 feet tall, and all the Russian man that has ever Russia-ed.  I know it's the cat's name, but the actor playing Woland is a real life behemoth!  We have three teeny tiny pixies on this trip... I would be so thrilled if we could get a picture of any of the three of them with him.

From there, we walked home through the delightfully cool summer evening in a cloud of awesome theatre afterglow.  All in all... not a bad way to end the first week!